Drew Arnott's M Get a Grip: They coalesced around from various other Boston-area bands and it only took them a couple of years to get signed, releasing their eponymous debut with its astoundingly cheap'n'nasty sleeve in '73, consisting like so many bands of the best of their live set. Aerosmith contains several numbers played regularly by the band till this day, including the best ballad they'll ever write, Dream On.

Everyone put so much into this project, from the incredible singers of The Crossing and Volti, conductors Donald Nally and Robert Geary who commissioned the work, to Taylor Levine, James Moore and Ron Wiltrout who played their instruments with absolute ferocity throughout the process, to Nick Tipp who produced our album for Cantaloupe Music.

And as added bonus, I had the extreme honor of being included on that list with this year's Pulitzer winner, one of my favorite living musical artists Kendrick Lamar. It was also fun to be interviewed by Slate about my opinion! Dot's music and his newfound status as a Pulitzer recipient -- read that article here.

I was singing for the first time as a member of the ensemble with Roomful, which was so invigorating and so challenging.

Those individuals are operating on such a high level of vocalism and musicianship! Such a honor to be included with them. The whole evening was really satisfying, one of the most heart-warming performances I've been a part of in a long time.

It's just another testament to how important it is to make sure the works you're really proud of are recorded extremely well. When "the Criers" first learned Mosaics back inof course they rocked it, but they couldn't possibly approach the work with a real sense of cohesion since they hadn't actually heard it as a whole yet.

But after we recorded the piece, produced it juuuust the way I wanted it thanks to the brilliant Jesse Lewisthe band was able to listen from a distance and then come back to performing the work with a new and profoundly effective depth of understanding. Check out the embedded clip to hear just a taste of A Far Cry's raw mojo on the first movement.

It was also great to spend some time in Ann Arbor with the students at the University of Michigan.

I was super impressed with the vibe at that school, both because of all the extremely talented musicians but also because it seemed like everyone's general emotional-happiness level was quite high.

The discussion ranged from issues of diversity in classical music to genre and identity to composer collectives, and lots of composers from the School of Music were participating with an enthusiasm that was heartening to say the least. Jan 21, at 6: This piece was premiered in October I wish a little bird would have told me that Chance the Rapper would soon drop the best album of year and name it the same thing.

This caps a two-week tour of the mountain west in which Teeth performed the piece many times. I met with them as they started the tour on John Zirkle's ambitious series in Big Sky, Montanaand it was heartening to see the way the music evolved and took shape over the course of the tour.

Coloring Book has proven to be a very difficult piece to talk about, and to introduce to audiences. It's a piece inspired by the Black Lives Matter movement, and these writers' profound ability to explore and address racism, as well as the work of Eula Biss, a essayist who has found unique and courageous ways to write back toward the concept of 'whiteness.

That is, I set texts by black writers addressing identity and blackness, to be sung by an ensemble made up of mostly white musicians who perform for mostly white audiences, as a way of exploring whiteness; not to ever pretend the writers' experience could be embodied or portrayed by us, but rather to ask "what would these words mean if we spoke them?

I spoke a little bit more about this in an interview with NewClassicLA. It is a tricky concept to explain, and I'm still working on it, but I'm excited that this piece will live in the world as a recording soon and will appear on Roomful of Teeth's next album.

With Nick Tipp and Donald Nally at the helm, we recorded four of my pieces for an album slated for release on Cantaloupe Music in March Couldn't be happier right now. LA" - which, true to form, had a lot of moving parts, a lot of rich and astounding vocalists, and a big vision.Joe Quinn.

An established web-based essayist and print author, Quinn is the co-host of the 'News Real' radio show on the Sott Radio Network and has been writing incisive editorials for torosgazete.com for over 10 years. His articles have appeared on many news sites and he has been interviewed numerous times by Sputnik News and Press torosgazete.com articles can also be found on his personal blog torosgazete.com Mme M said she'd have felt silly trying on hats at Caroline Reboux or Rose Valois, pretending to be a customer.

Caroon Mortuary. Last night he had noticed the neon sign, Caroon Mortuary, in front of the handsome Colonial mansion with a well-kept lawn.

M had mentioned that in France they buried people without cleaning them out like fish or chickens. Paul D. Miller aka DJ Spooky that Subliminal Kid: the official website of composer, multimedia artist and writer Paul D.

Miller. Recent works include Sound Unbound, Rebirth of a Nation, and Rhythm Science. I sense the tragic futility of these heads, and am haunted by what both Svenson and essayist William T.

Vollmann (in this instance perhaps the most aptly chosen essayist for a photobook in many a year) identify as the plaintive, questioning voices of these fictional crania. Notes Additional Physical Form: Also issued on microfilm from Crest Technologies. 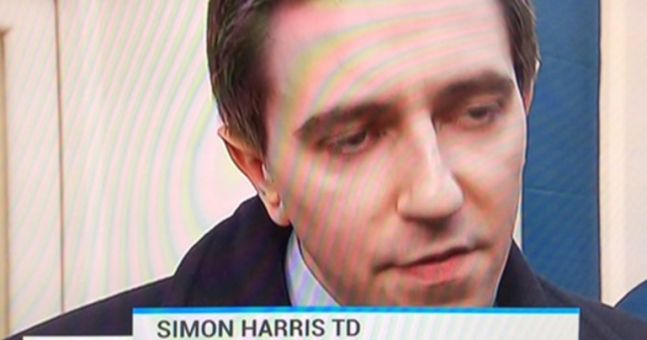 13, )-. "Waiting to See the Principal is the latest book of joy gifted to us by poet Joe Sottile and illustrator Lori Aman. Sottile manages to capture the bumps and bruises of being a kid in school with delightful accuracy and a fabulous sense of humor.